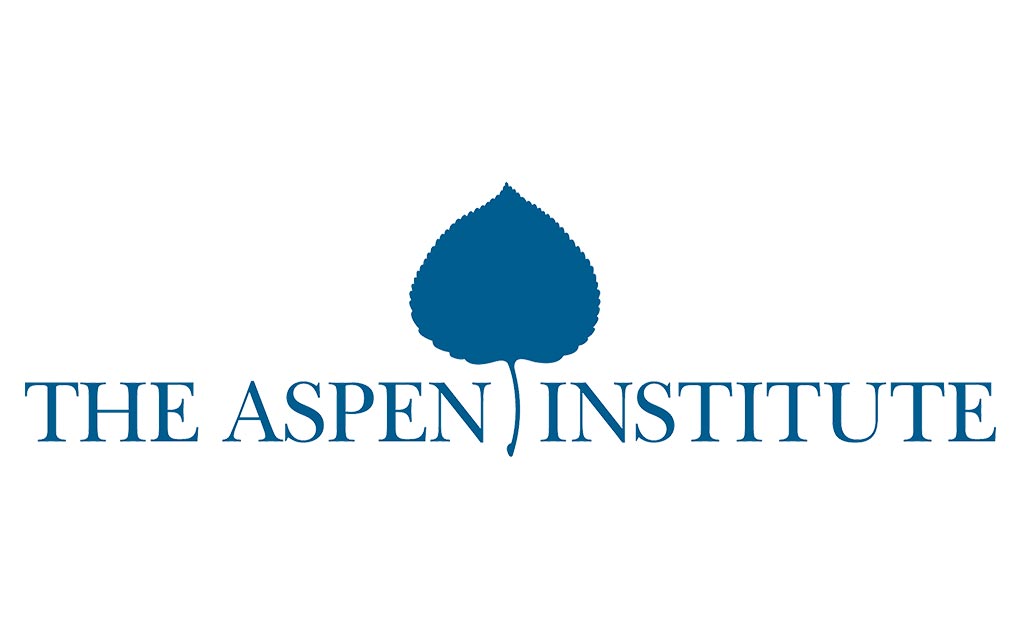 In the words of US Olympic Committee member Anita DeFrantz, “Sport is a birthright.” From combatting the growing obesity epidemic to promoting camaraderie and confidence, sport plays a pivotal role in helping kids become healthy on all levels —physical, social, emotional, and cognitive.

Unfortunately, the number of kids participating in sports is decreasing. According to the Sports & Fitness Industry Association (SFIA), the number of kids that played a team sport on a regular basis decreased from 44.5 percent in 2008 to 40 percent in 2013. To reverse this continuing trend and to make youth sport a national imperative, Project Play at the Aspen Institute aims to make sport more accessible and engaging to all youth across the country. Below is an infographic overview of how we can change the current state of sports.

In the time period from 2008 to 2013, sports participation and fitness have significantly dropped. Nearly 3 million fewer children have played basketball, soccer, track and field, baseball, football, and softball, and less than 1 in 3 children between the ages of 6-12 participated in a high-calorie-burning sport or fitness activity three times a week, according to SFIA data.

Household income is one major indicator of sports participation. In urban or poorer areas, schools often provide fewer sports options and opportunities for their students than suburban or more affluent areas. Additionally, youth from homes in the lowest income bracket ($25,000 or less) are at least half as likely to participate in sports such as football, lacrosse, and swimming than youth from wealthier households ($100,000 or greater). Simply put, families that can afford more can allow their kids to play more.

With the decrease in sports participation, the current public health status of the US is likely to become more precarious. Lack of activity is closely linked to obesity, and today obesity is one of the biggest problems plaguing the US. Currently, the US is the country with the highest number of obese youth among 15 of its peer countries. For children ages 5 to 17, nearly 40 percent of girls and 35 percent of boys are obese. 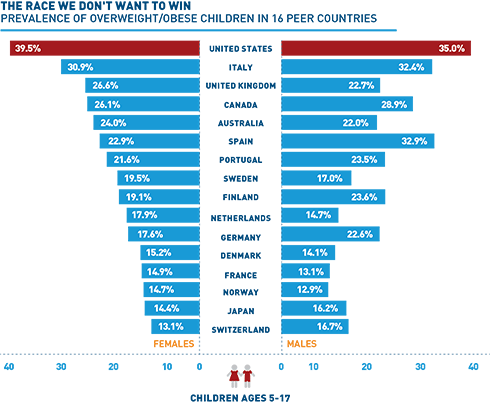 Sports participation will certainly combat the growing obesity epidemic, but youth sports also provide a number of other important benefits. In a study done by University of Illinois researcher Dr. Chuck Hillman, physical activity was shown to activate the brain: After children went on a 20-minute walk, MRI scans of their brains showed the highest amount of neuro-electric activity (shown in red below). 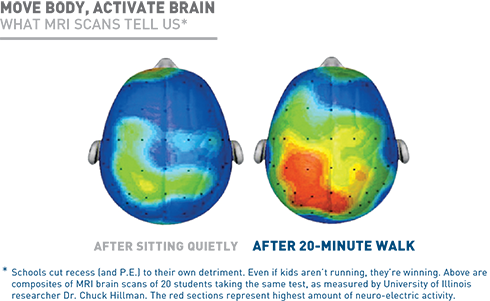 Research has also shown that sports provide compounding benefits for active children. When children enter sports at an early age, they experience many lifelong benefits: they are one-tenth as likely to become obese, 15 percent more likely to go to college, and they are more likely to be productive adults than children who do not play sports. 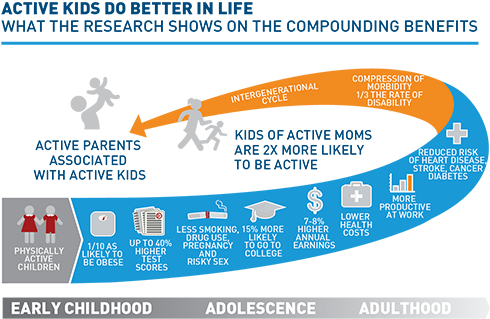 Solutions to Building Athletes for Life

To increase sports participation, Project Play outlines eight strategies so that children from all backgrounds are able and eager to get into the game. Read the report to learn more about these possible solutions.